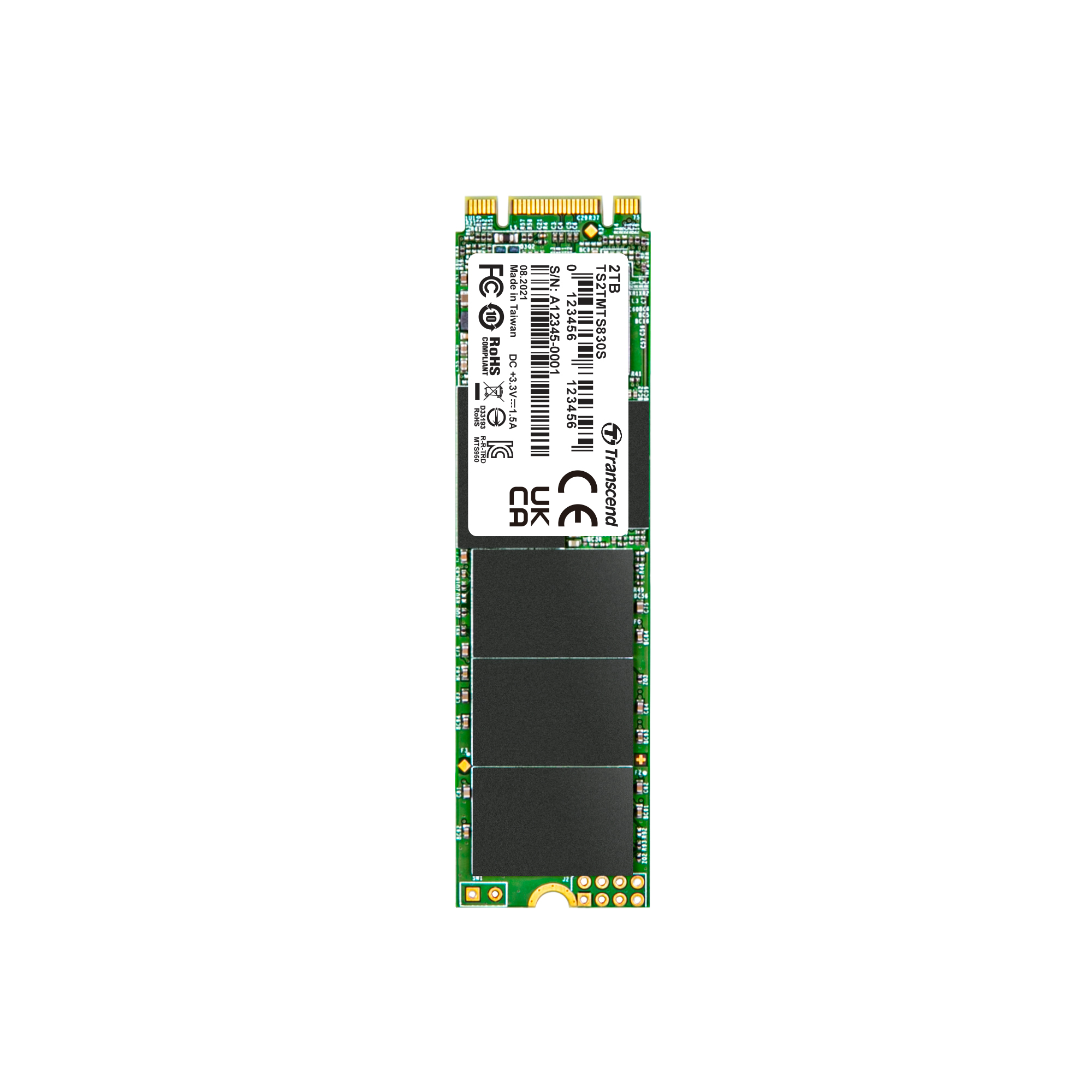 Made to fit. Ultra compact.

3D expansion to break through limits

Unlike the existing planar NAND chips, 3D NAND flash is a type of flash memory in which the memory cells are stacked vertically in multiple layers. 3D NAND is developed to break through density limitations of the 2D planar NAND, and thus can deliver a greater level of performance and endurance.

Perfect for your Ultrabook

Compliant with M.2 form factors Type 2242 and 2280, Transcend's 3D NAND M.2 SSDs are perfect for use in Ultrabooks and lightweight notebooks. Measured at just 80mm in length, the M.2 SSD 830S makes for an easy upgrade to your computer, taking up little space while giving it a much needed energy boost.

Featuring the M.2 standard (80mm), the next generation SATA III 6Gb/s interface and a powerful controller, Transcend's M.2 SSD 830S reaches incredible read and write speeds of up to 560MB/s and 520MB/s. When used as a cache, the M.2 SSD 830S provides 1.5 times faster boot time than conventional hard drives.

The M.2 form factor enables expansion and integration of functions onto a single form factor module solution. M.2 SSDs include a smaller form factor but with larger capacities than that of mSATA and half-slim SSDs.

Millennium Computer Technology Corporation. provides value-added distribution of high-volume products such as computer components, computer systems and consumer electronic products. We represent some of the well-known companies as their exclusive and/or authorized distributor.

Send us a Message

Thank you for contacting us. We will reply to your message the soonest possible time. Thank you!